Big Techs in the insurance market: how to use a User-Centrism strategy to address them?

Have you ever heard of the term Big Techs? It refers to large global technology companies that have real and growing influence on the marketplace and the lives of ordinary people.

We are talking about big players in the high-tech world that, to a greater or lesser extent, have been operating in sectors for which they were not initially created. One of those industry that feel the pressure of Big Techs is insurance.

In this article, in addition to helping you think about who Big Money is and what they do, let’s present User-Centrism’s strategy as a powerful tactic to address them.

Are Big Techs, Fintechs and Insurtechs the same thing?

The ” techization ” of the world is increasingly visible to all. From the simplest smartphone users to the big players in the market: no one can deny that the digital transformation, increasing and continuous, is changing the way we live.

Recently, financial companies have been paying attention to the so-called Fintechs, which are, briefly speaking, startups that provide financial services using modern technology software, applications and other resources.

In the insurance industry, the emergence of Insurtechs (insurance + technology) is a phenomenon similar to that of Fintechs.

Big Techs, in turn, are “the top technology companies, such as Google, Amazon, Facebook and Apple, which have excessive [marketing and social] influence” – according to the PC Magazine glossary.

In Europe the most powerful Big Techs are also known by the term GAFA, which is nothing more than an acronym of the companies previously mentioned. When Microsoft is also included in the debate, the acronym GAFAM appears.

So do not confuse apples and oranges … I mean Fintechs / Insurtechs with Big Techs! What matters is that Big Techs have enormous capabilities to handle individual consumers and process large amounts of information; they have transformed purchases and payments and appear to be on the verge of a broader expansion in consumer finance, as well as beginning to make the insurance industry spend some sleepless nights.

Why are Big Techs making the Insurance Industry lose their sleep?

During 2018, Google and Amazon showed a renewed interest in insurance and led to speculation about their intentions for this market in the future.

Google has invested, albeit as a minority shareholder, in a major technology company for insurance agencies, Applied Systems. In return the company offered access to its vast experience in areas such as artificial intelligence, machine learning and digital marketing. Much has been reported that there is interest of the giant of technology in advancing more in this sector.

Amazon has teamed up with two major employers in an ambitious venture to completely reinvent the health and insurance system in the United States. The company, chaired by Jeff Bezos, also showed interest in creating an insurance comparison website in the UK.

The Travelers Companies Inc. has also announced that it is joining Amazon in some US states to offer smart house kits, insurance quotes and risk management information at a digital store.

The debate over the power of the Big Techs and their possible monopoly in markets where they initially did not act has already reached the American and European parliaments. In several conferences promoted by different market segments, the subject is also at the heart of the discussions.

The more moderate experts believe that the issue will be well considered at the legislative level in developed countries, giving the emphasis to other emerging markets.

What cannot be denied is that all these Big Tech moves are being viewed as potentially threatening by CEOs of insurance companies around the world. The reasons for insomnia are varied; the questions, still without palpable answers, are perhaps the biggest sources of concern: how to compete with brands with global reach and with such great technological power? Are consumers’ digital habits going to be the right balance when it comes to choosing an insurance product? Will it happen to insurers the same thing that has happened to the banking institutions?

How can a User-Centrism strategy help you tackle Big Techs?

In addition to the investments and efforts already made in digital transformation by the insurance companies, a strategy is indicated by many experts to address the competition generated by the Big Techs: User-Centrism.

The term User-Centrism was coined by Rick Levine, Christopher Locke, Doc Searls, and David Weinberger in The Cluetrain Manifesto (1999). It refers to the notion that consumers are increasingly monitoring how services are delivered to them, rather than being forcefully managed by suppliers.

It’s precisely this approach that makes Big Techs loved by the masses: they are constantly improving the user experience, empowering the way they deliver customization, usability and finally, tailored products and services.

Therefore, a User-Centrism strategy can be the differential that softens the action of the Big Techs, especially in insurance companies with history and tradition. By working with Human-Centered Design in the development of insurance product platforms and applications, for example, it is possible to create more usable interactive systems by applying human factors/ergonomics and knowledge in usability and its techniques.

As it has not always been invested in digitization – the more traditional ones just awakened to digital transformation – creating a User-Centrism strategy with internal tools and teams can be quite difficult. The partnership with Insurtechs and specialized consultants, in this case, is the most appropriate.

In any case, if the strength of the big players in technology comes from their reputation, from being 100% online and from the experience they deliver, it’s about time for the insurance companies to focus their efforts on that.

What do you think? Have you ever thought about how the Big Techs are moving toward the insurance industry? What do you think of our proposal for a User-Centrism strategy to address them? Human-Centered Design – How to Apply Concepts in Your Business! 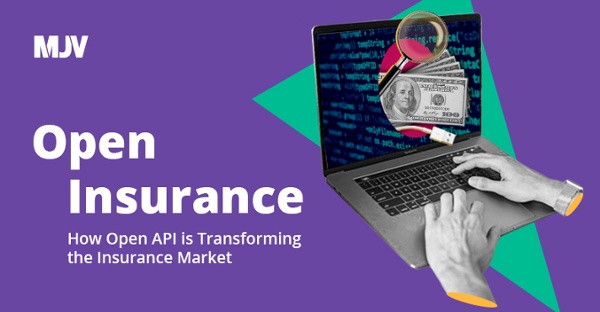 Tom Hardy from SCAD on Learning Experiences: “We don’t need to be the sage on the stage, but the guide on the side.”