Why virtual reality can be really useful for your business

Innovation and technology are increasingly correlated. A growing trend in the entertainment industry, virtual reality (VR) is also a major disruptive strand in the business world, according to a Forbes research.

With the advancement of VR devices, it is easier to disconnect from external interference and enter a completely virtual universe. While its use is famous in games and other forms of entertainment, it can also be used to boost business innovation.

Through virtual reality tools, a company can insert its user into a digital space that shows the complexity of the product or service offered, as well as the different steps of production, among other solutions.

But after all, what is virtual reality?

More than a single appliance, Virtual Reality is an ecosystem of technologies and languages that enable the user to feel immersed in a reality that is entirely digitally simulated.

Unlike Augmented Reality, where virtual information is superimposed onto reality in a regular screen, VR can isolate the user from the outside world through a visor that covers his field of vision.

Sensors then enable this digital image to be seen from any angle in a natural way, as the user moves through the real space. In this language the user not only sees the information in a screen, but feels his body present in it.

The illusion of being present in this digital world is called “presence” and was already being studied in the 60s. But it was during the 90s that the term became popular, generating huge expectations that the future of Virtual Reality had finally arrived.

However, the challenges of digitally uniting the senses of vision and movement in a convincing and comfortable way have proven to be too high for the technologies of the time. In this way, Virtual Reality dropped out of the mainstream, but the interests in it’s development continued discreetly, now in the hands of a new generation of entrepreneurs.

Virtual reality and the user experience

With the growing availability of Virtual Reality, more industries and services can explore its qualities.

For example, from a practical standpoint, the immersion in this virtual environment can help users and consumers to understand and explore benefits and particulars of various products and services in a different way from that which they are used to.

Due to the nature of this technology and the processes through which people interact with it (through the eyes and their presence in this virtual context), their experiences become unique and ludic, creating an emotional connection to the various aspects and information presented in these simulations.

Yes, virtual reality and other immersive aspects are part of the strategy

It is important not to get the concepts of augmented reality and mixed reality with virtual reality confused.

Augmented reality, which is also used in business innovation strategies, inserts virtual objects into the real world by placing markings in certain environments without involving immersion.

Virtual reality, on the other hand, involves re-creating the sensation of reality for an individual.

With the use of VR equipment, a person is able to be part of a three-dimensional, computer-generated environment, manipulate objects and even perform several actions while immersed.

As for the mixed reality, it is the combination of the other two aspects. That is, the user, besides being immersed in a new environment through vision, he can also use touch to interact with virtual reality.

When trying to touch an object presented through a special pair of glasses, the user interferes with the content, which makes the experience even more interactive.

Engagement is a key element in building business success, and through new mechanisms of digital intelligence, it is possible to enhance the relationship with the user, transforming it into a customer of the brand.

Below, we have three factors that contribute to this type of strategy, providing immersion in virtual environments:

Allows customers to learn and use the product or service offered in an interactive way, inserting them in the action taking place in the virtual scenario. Stimulation of senses like touch, sight, hearing and even smell are important when you want to engage clients in the experience.

In order to make the experience complete, you need to go beyond well-constructed graphics.

Sharing relevant and useful information with customers is necessary so that the use of VR is meaningful when, for example, they learn to use the company’s products and solutions.

However, in order for the company to obtain positive results with the action, it is necessary to develop it with a focus on empathy.

According to research by Harvard Business Review, building an emotional connection with your customer is as important as creating logical actions that get him straight to the purchase.

By doing this, the chances of making the user loyal and engaged with your business can only increase.

One insurance company had as it’s objective to create an effective action to raise awareness, of those insured in the auto sector, of the risks of driving under the influence of alcohol and, therefore, reducing the odds of accidents and possible deaths occurring.

To conceive the best solution for this action, a cocreation workshop was organized which included participants of different areas, working on the same project.

Amongst the ideas generated in this workshop, the one selected for the prototyping stage was the use of Virtual Reality glasses. The program which was designed to be used with the glasses illustrated to the insured, in an effective and realistic way, how the perception and movements of the driver become altered as alcohol is ingested.

An American company that deals with real-estate needed a solution so that potential clients that live in other states and the elderly could assess a house in a convenient way, and for apartments that were still occupied or being built.

In order to do this, the first step was to know the consumer.

It is at this point that we perform Immersion, the first step of Design Thinking. In this way it was possible, not only to know the target audience, but also to gain knowledge on the context and experience of all stakeholders involved through their perspective.

The information gathered during this stage gave rise to a series of insights that were later worked on in a co-creation workshop, involving collaborators from the company for the Ideation stage, where different ideas were generated to solve the challenge.

The optimization of the understanding of the products gained through the experience offered by Virtual Reality carries great weight in the process of deciding to purchase.

This is one of the many ways that VR can act as a plus when accessing a product and for the comfort and ease of potential clients.

If you wanna learn more about Virtual Reality, you can download our ebook below too! 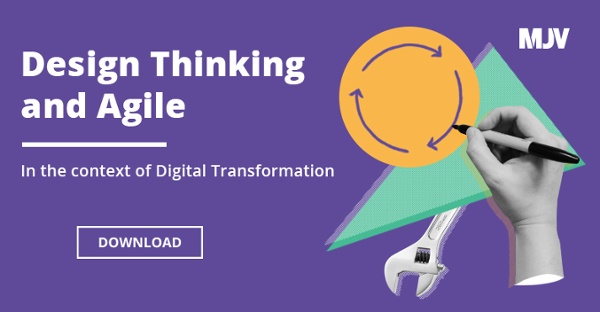